A couple weeks after the MLB season and not much has happened (Of super mega importance.) My Twins gave one of my favorites last year Gio Urshela to the Angels for a pitcher we won't see for a year or 2 at least. Only 1 season with the team and he still has 64 cards with the Twins. Just shows where the hobby is going. Justin Verlander had his option declined by the Houston Astros, a genuine surprise for me as he had just come off the World Series victory. Aaron Judge after his record breaking season is a free agent, and probably the biggest one of all.

The point of this post is to guess what is going to happen with these players, and then I will probably do a post reviewing my horribly wrong guesses. 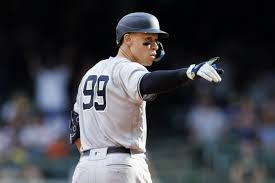 1. Aaron Judge
The guy declines an already big contract, hits 62 homeruns to set a record, won MVP, and now is looking for a team to pay him the big money. I'd say he proved that he's worth a lot, but that was for this season. He needs to stay consistent with the 30-40 homerun seasons, or hitting above or at .300 for him to be truly worth it. That being said, he stays with the Yankees. New York is smart enough to keep him, but they will have give him his money. I think they will, and they will keep him as the cornerstone of the Bronx Bombers. 2. Carlos Correa
Man I hope the Twins can get him locked up for a couple more years, but I know it won't happen. If they can get him for maybe just 1 year, that would be cool, but they need to perform well enough for a postseason win, (AKA Byron Buxton stays healthy and the team wins.) I don't know where he will go to be honest, but it wouldn't surprise anybody if he went to the mega team that is the Los Angeles Dodgers. They have already left Bellinger, and the Turners behind, (for now,) and I could see them spending 100's of more millions only to fall to the Mets in the division series. 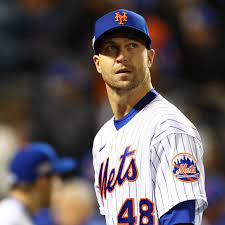 3. Jacob deGrom
Speaking of the Mets, deGrom is a 2 time Cy Young Award winner and has said he wanted to test the waters of free agency. He also said he would like to stay with New York. But, alas, it won't happen. Injury ridden the last 2 years, I think the Mets let him slip by and he signs a semi monstrous contract with Texas who this time finishes with a winning record of 83-79. And I'll also add that they need to keep Brandon Nimmo, who is a key part of the team on and off the field. the Mets also have locked up Edwin Diaz, maybe the MLB's top closer, but I don't see them struggling this year, until they hit a little slump in August to keep the tradition alive.

4. Justin Verlander
Justin wins Cy Young, and the World Series, but doesn't stay with Houston. The 40 year old hasn't pitched as well as this in a hot minute and I think the market has grown for him. He had recent zoom calls with the Mets, and I wouldn't be surprised if they cop in replacement for Jacob deGrom. It wouldn't hurt him either, as he would reunite with old pal Max Scherzer from the Detroit days, and give the Mets 6 Cy Youngs between the 2. Keep deGrom and its 8. That's almost insane to think about. 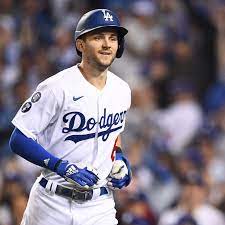 5. Trea Turner
We already know he is not staying with the Dodgers, (which surely won't hurt them a bit,) but the rumor is he goes the reigning NL champs the Phillies. I think that the rumors are true, and he improves the team, to a division win. That's right. Turner is a guy who could win MVP if he had to. He won't, but he'll make that team a fascinating one to watch.
Those are my predictions. Let me know what you think, not just for these people, but for anybody. As always, thanks for reading.

Rick Sofield: The Unsung Hero of My Collecting.